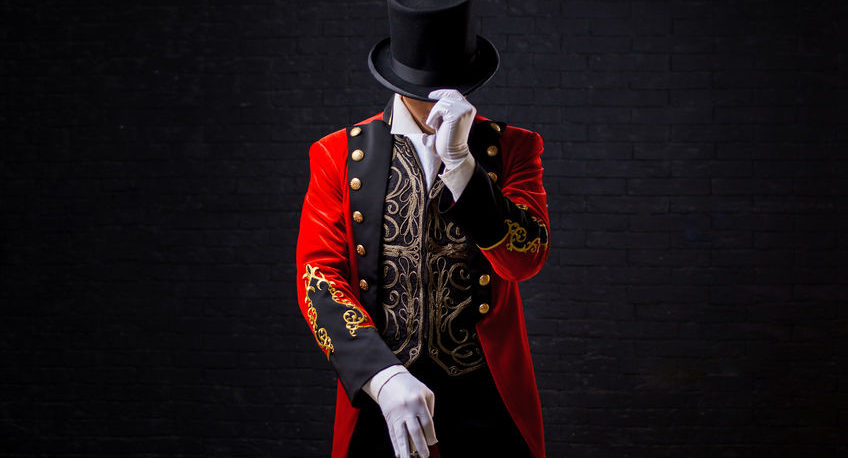 The entertainment industry is an exciting place. I have worked for over 30 years as a comedy magician, and in those years, I have discovered the diversity and uniqueness of every audience I’ve performed for. I have learned that what entertains one audience may completely put-off another.

And to ensure every audience leaves my event thoroughly entertained, I have mastered the art of “reading” an audience within about 5 minutes of starting the show.  Reading my audience allows me to see what they’ll like as far as my material goes.  There is real value in good entertainment.  At a corporate banquet, it’s a good bet that the audience will remember the entertainer much longer than the prime rib dinner they’ve just eaten.  That’s why hiring a cheap entertainer for your event is not usually a good idea.

The biggest mistake an event planner can make when hiring an entertainer is choosing one who isn’t experienced in the industry.  A good entertainer has experience performing for the type of group you’re booking talent for. Their professionalism goes beyond just the show.  Ease of setting up the booking, pre-show preparation at the venue—without getting in the way of the  staff—and how they interact with your audience are all important factors.

When dealing with a professional entertainer, you should expect the show to be entertaining and solid.  Even when things go wrong, professionals find a way around it. They have “outs”—ways of navigating when something goes wrong— while the audience isn’t even aware there’s a problem.

The Saying, “You Get What You Pay For” Still Applies

You can more often than not tell the difference between an inexperienced performer and a seasoned professional. The quality of their show is usually like night and day in most case. There are exceptions to this however, in any field.

Professional entertainers want and need good reviews and customer satisfaction is paramount to them.   With most people searching online today for a comedy magician or other entertainment, online reviews are critical in keeping up with competition in any branch of the entertainment field.

Performers  who are “semi-pros” and not full-time entertainers are not as concerned about their future in the industry unless they have plans to go full-time . The value of a pro’s performance in most cases corresponds with what they charge for events.  These fees can be substantially higher than an amateur or semi-pro’s fee.

Entertainment in a Politically Correct Landscape

In the current politically correct climate of the United States, meeting and event planners need to be acutely aware of hiring entertainers who may do material considered offensive by some audience members.  Comedians particularly, who do questionable material can be a hazard at corporate functions or other events where the tone is a bit more conservative.  Stand-up comedy is largely a subjective art with it’s very nature being poking fun at just about everything, including sometimes taboo subjects.

In comedy club culture, material some would consider objectionable is the norm. I worked comedy clubs as a comedy magician for years and the audience expected to hear material that, at the time, they couldn’t see on regular TV.   However, experienced comedy magicians and other pro’s who work various markets outside of clubs know that to offend one member of the audience is like offending the entire audience.  And they can adapt their material to the audience and event.

It’s important to know that the entertainer’s material won’t offend anyone prior to booking them, unless the person hiring the entertainer prefers a more adult or R-rated show.

Often, our first impulse is to choose the cheapest of anything we’re looking for, whether it’s clothes, groceries or anything else. But, when it comes to entertainment, the opposite should be considered.  As I wrote above, there are several factors to consider when hiring good entertainment and professionals are normally justified in having higher fees due to these factors.  It’s certainly acceptable to book performers with lower fees, if they have the experience and credentials that proves they’re a good choice for your function. But your choice should not be based on price alone. Ask for reviews, check their YouTube videos, or simply give them a call to find out if they’re experienced in the type of event you’re having.  It’s worth it both for your peace of mind and your audience.

Tim Piccirillo is a professional comedy magician who lives in the Tampa Bay area and has done over 5000 shows including corporate functions, private parties, schools, festivals and cruises.  He can be reached at tim@timpic.com or by calling (352) 638-4284.